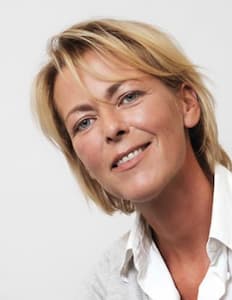 Four women with an addict in the house: they sit down together on a Saturday afternoon for a second ‘lesson’ in co-dependency. The subject is ‘Co-dependency: the subtle difference between helping and enabling’.  After the first lesson, they were given assignments to take home: the presentation from the lesson with explanations and writing assignments. It soon became clear that practice is a little more difficult than theory.

One of the women is the partner of a drug addict. After being treated in a clinic, he has quickly relapsed, and in no time at all he’s gone back to ‘normal’ again. Despite the agreement, he’s using again in the house. She thinks this is terrible, how he behaves, the ‘junk’ and him using it in the kitchen, of all places ... but she adds, “I think maybe I’m wrong to ask him not to do it at home ...” Her reasoning speaks volumes: “Then at least I’m in control, I can keep an eye on it. If he overdoses, I could at least call someone.”

Another woman is the mother of an addicted son. Her boy has changed a lot since being in recovery, and the family attends family therapy twice a week, with co-dependency being a key area of work for the mother. She has a hard time letting go of control, not keeping a constant eye on him or closely monitoring his actions. She describes how she spent the morning before the meeting, once her son had gone to work: first she tidied up his room (“He already has to work so much, so I’ll just do it”); then she rummaged through the bathroom, where she found his wet towel in a ball and hung it up (“Otherwise he’ll have a wet towel to dry himself with in the morning”); after which she caught sight of his school bag and went to investigate, checking his school diary (“He has a history test on Monday and the textbook isn’t in his bag!” – because she’d checked that too). Another mother nods smilingly and tellingly: “That’s co-dependent behaviour!” she tells the mother. “No, it’s not! Because I’m not going to say anything about any of it when he gets home,” replies the mother.

Over the years of living with an addict, a lot of distorted thinking develops in partners and family members. Just like in the addict themselves. The family/partner gets ‘trained’ in what the addict does (or doesn’t do) and takes on more and more of the addict’s responsibilities, but above all they can identify the addict’s distorted thinking like no one else. When you are in recovery, the trick is to keep the focus on your own distorted thinking, which is also maintaining the co-dependency. The addict cannot do it alone in recovery, but this also applies to partners and family. We all need ‘mirrors’ to help us change our thinking, and consequently our behaviour. That’s why meetings, and other family members participating in recovery, are so important. It only works if YOU work it.

After reading this article, do you have any questions about alcohol addictionor drug addiction?

A look inside Affect2U (video)

The one client I’ll never forget…